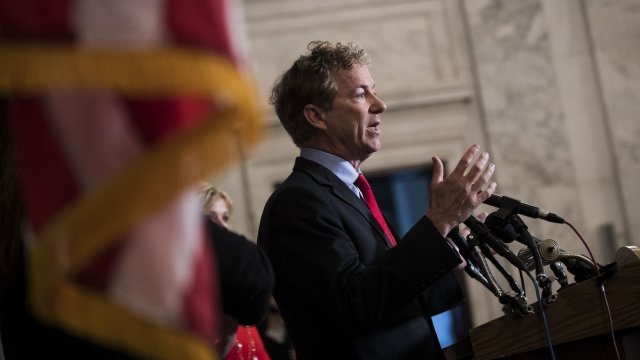 The Kentucky Republican was in Moscow meeting with Russian officials on Monday.

One of those officials was the chairman of the Russian Federation Council Committee on Foreign Affairs. Paul said the two "agreed on the importance of continued dialogue."

Prior to his trip to Russia, Paul wrote in an op-ed for Politico that he'd scheduled the trip partly to "help prevent further, unnecessary escalation of tensions."

It's unclear when those Russian lawmakers plan to visit the U.S. Capitol.