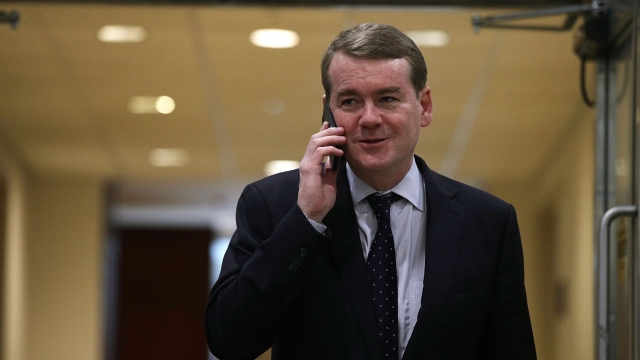 The Democrat from Colorado announced his decision on CBS' morning show Thursday.

Another Democrat is entering the 2020 presidential race: Sen. Michael Bennet.

He announced his decision to run during an interview Thursday on "CBS This Morning."

Bennet revealed in April that he'd been diagnosed with prostate cancer. At the time, he told the Colorado Independent that he'd pursue the Democratic presidential nomination if he was declared cancer-free after surgery. Weeks later, Bennett's office said the surgery was a success.

Bennet's served in the U.S. Senate since 2009, when Colorado's governor at the time selected him to fill a vacant seat.

Before his time on Capitol Hill, Bennet served as the superintendent of Denver Public Schools and worked in John Hickenlooper's administration when he was the city's mayor. Hickenlooper is also seeking the 2020 Democratic nomination.

Bennet is the 21st Democrat and seventh U.S. senator to declare candidacy.