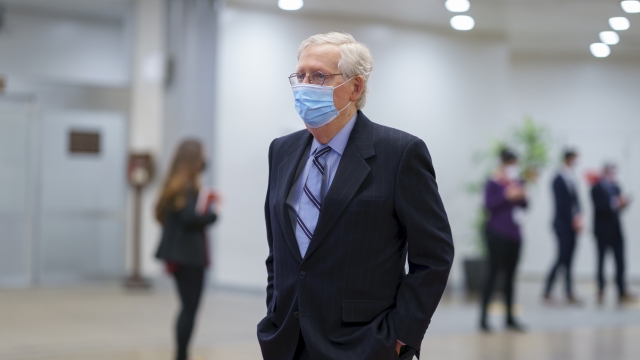 SMS
Sen. Mitch McConnell Encourages Republican Men To Get Vaccine
By Robin Dich
By Robin Dich
March 31, 2021
He said as soon as it was his turn, he took the vaccine.
SHOW TRANSCRIPT

"I can stand here as a Republican man, as soon as it was my turn, I took the vaccine," he said. "I would encourage all Republican men to do that."