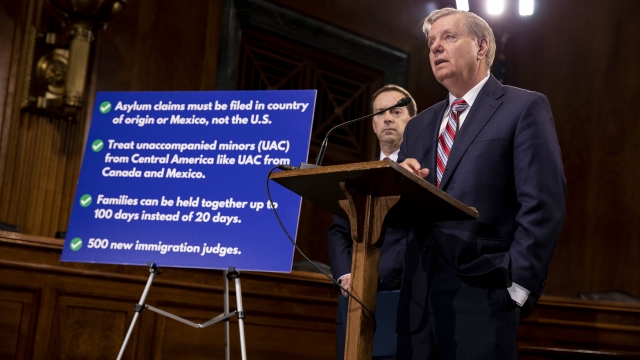 He says the current law incentivizes Central American parents bringing or sending their children to the border.

Sen. Graham said at a press conference, "So word is out on the street in Central America that if you bring a minor child with you, your chance of being deported goes to almost zero, your hearing date is years away, and we release you inside the country."

His proposal would increase the number of days migrant children and their families can be detained from 20 to 100 and send unaccompanied minors back to their home country instead of releasing them in the U.S.

The proposed legislation would also hire 500 new immigration judges and require asylum-seekers to apply for protection at a U.S. consulate in their home country, not at the border. These measures are meant to reduce the backlog of 900,000 asylum claims.

Graham said he hopes Democrats will work with Republicans for a bipartisan solution.