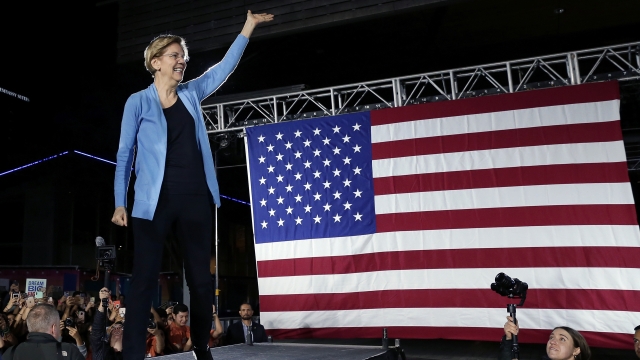 Sen. Elizabeth Warren announced she's dropping out of the race for the White House.

The Massachusetts senator was one of the more progressive candidates fighting for the Democratic nomination, supporting issues like "Medicare for all" and free college tuition. In fact, part of Warren's campaign was that she had a plan for everything.

"I have a plan to ban private prisons and end profiteering."

"I've got a plan to restore opportunity to every corner of this country."

Warren was considered one of the top-tier candidates at the onset of the 2020 campaign season. But she didn't garner the support she needed in some of the early-voting states like New Hampshire, where she came in fourth.

Warren is currently serving her second term in the U.S. Senate. She'll be up for reelection in 2024.