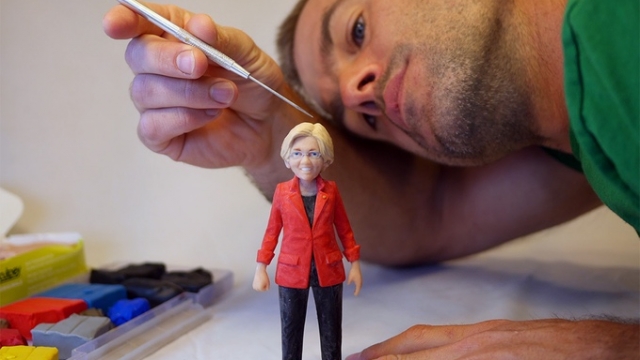 SMS
Elizabeth Warren Isn't Just A Senator — Now, She's An Action Figure
By Melissa Prax
By Melissa Prax
June 14, 2017
A Kickstarter campaign recently unveiled the concept for the action figure, which has a "power blazer to topple the patriarchy."
SHOW TRANSCRIPT

Some consider Warren a trailblazer for women in politics; she was the first female U.S. senator from Massachusetts.

But the creators, who have made other action figures, say what really inspired them to make this one was in February, when Warren was silenced in the Senate.

"She was warned. She was given an explanation. Nevertheless, she persisted," said Senate Majority Leader Mitch McConnell.

The Warren action figure has quirky details, like a "power blazer to topple the patriarchy."

If the Kickstarter campaign raises enough money, the company says it hopes to partner with a nonprofit that works to get Democratic women elected.

As for Warren's opinion of the figure? She told a Massachusetts newspaper she gave it the thumbs up.