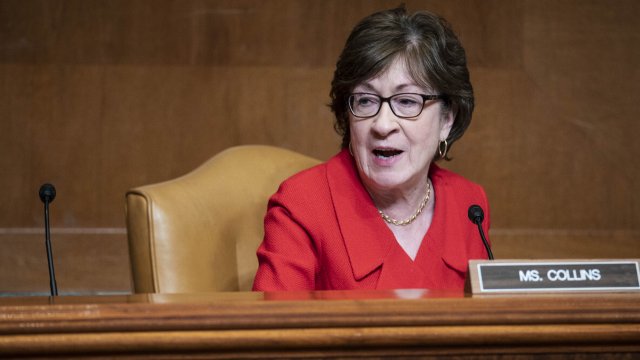 Republican Sen. Susan Collins of Maine is condemning members of her own party for being intolerant of different views within the GOP.

She was defending Sen. Mitt Romney and Rep. Liz Cheney.

"I was appalled. Mitt Romney is an outstanding senator who serves his state and our country well. We Republicans need to remember that we are such as a belief in personal responsibility, individual freedom," said Collins. "Liz Cheney is a woman of strength and conscience, and she did what she felt was right. And I salute her for that. We need to be accepting of differences in our party."

Romney was booed by Republicans at a Utah Republican Party Organizing Convention. And Cheney has been attacked for speaking out against Donald Trump.