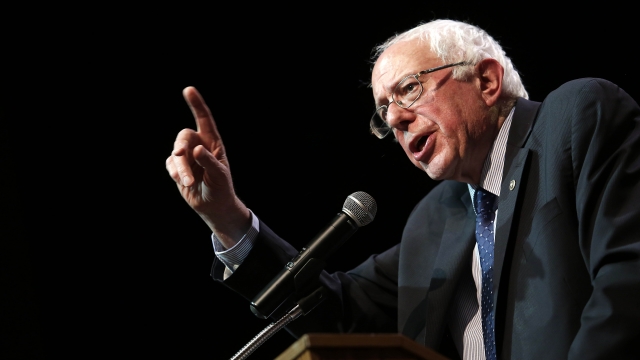 In a letter to Catalyst Pharmaceuticals Monday, Sanders asked the company to back up its decision to set that list price for a medication used to treat a rare neuromuscular disorder.

The drug in question is called Firdapse. In the past, patients were able to get it for free from a different drugmaker under the FDA's "compassionate use" program.

But when Catalyst got approval for and rights to the drug last year, it announced the new cost would be $375,000 annually.

Calling it an "immoral exploitation of patients who need this medication," Sanders demanded the company answer questions about the factors that went into their pricing decision.

So far this year, several pharmaceutical companies have either confirmed or are planning price hikes in 2019, despite pressure from the White House to slash costs for consumers.

Catalyst has until Feb. 18 to send Sanders the requested information. So far, the company hasn't issued a public comment about the letter.