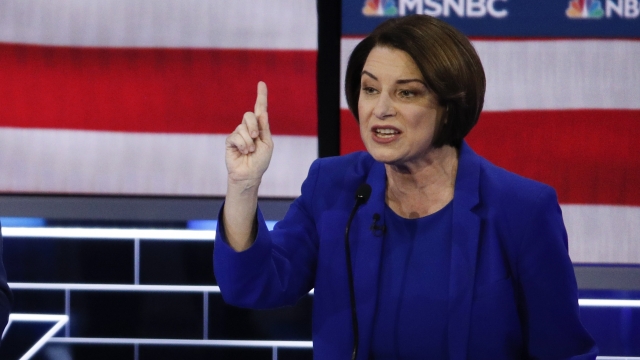 Sen. Amy Klobuchar is the latest Democrat to drop out of the race for president.

The senator from Minnesota announced her candidacy in February 2019. But with such a large field of Democrats in the race, she struggled to break out from the pack.

Klobuchar was one of the more moderate candidates running for the Democratic nomination. She regularly talked about her experience as a prosecutor, her Minnesota values and her bipartisan successes as a senator on Capitol Hill.

Her campaign in key early voting states was partially hampered by President Donald Trump's impeachment trial. As a sitting senator, she was forced to spend time in Washington, D.C., in the final days leading up the Iowa caucuses and New Hampshire primary.

Klobuchar is currently in her third Senate term, and she'll be up for reelection again in 2024.