Dozens Of Democrats Call For Sen. Franken To Step Down 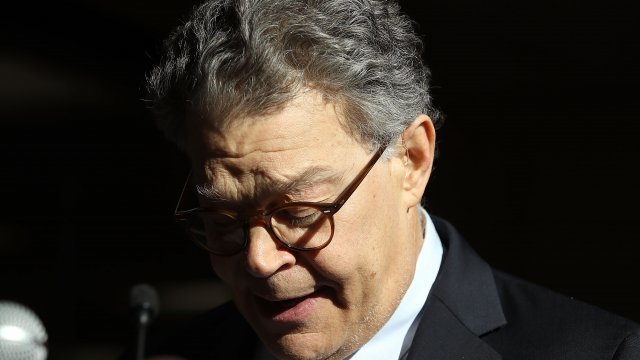 Schumer said in a statement, "I consider Senator Franken a dear friend and greatly respect his accomplishments, but he has a higher obligation to his constituents and the Senate, and he should step down immediately."

At least 30 Democratic senators have asked the lawmaker to step down. Those numbers grew rapidly Wednesday after a new allegation of sexual misconduct surfaced, the latest in a string against Franken.

The list now also includes Republican Senate Majority Leader Mitch McConnell. He said: "While the Senate ethics committee is reviewing these serious allegations, it now appears that Senator Franken has lost the support of his colleagues, and most importantly, his constituents."

Initially, a handful of female senators were calling for Franken's resignation, but now at least 17 men in the Senate are as well. The first of them was Democrat Bob Casey, who said, "We can't just believe women when it's convenient."

Franken is expected to make an announcement Thursday. Sen. Ron Wyden said Wednesday: "I expect that Senator Franken will announce his resignation tomorrow. It is the right thing to do given this series of serious allegations."