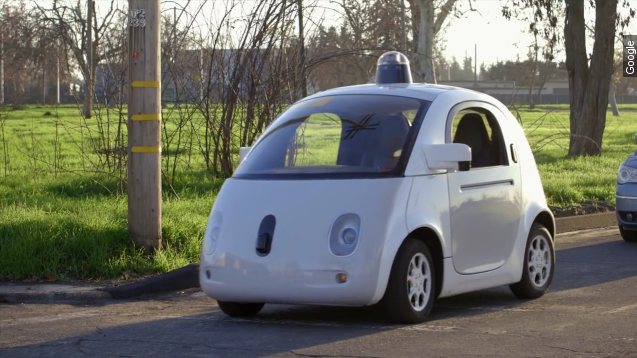 SMS
Self-Driving Cars Are Improving But Still Need Humans At The Wheel
By Ben Lawson
By Ben Lawson
January 13, 2016
The California DMV now requires all companies testing autonomous vehicles in its state to report the number of times a human driver had to take over.
SHOW TRANSCRIPT

Self-driving cars are getting smarter, but they still aren't perfect when it comes to avoiding crashes. (Video via Delphi Auto)

The California Department of Motor Vehicles now requires all companies testing autonomous vehicles in its state to report the number of times a human driver had to take over while on the road. (Video via Google)

For instance, the self-driving features for Google's car disengaged 341 times over more than 420,000 miles of driving. But it's showing improvement. The number of miles driven per disengage of autonomous mode tripled over the last year.

Not all of the disengages would necessarily have resulted in a crash. Google says 13 of those instances would have ended in a collision — which is still too many.

But if the reports show us anything, it's that Google has a lot more experience than most of its peers. Reports from Delphi, Mercedes-Benz, Nissan and Volkswagen show Google has far more miles on the public roads and has far fewer disengages per mile.

Tesla does claim to be ahead of Google. That company says its self-driving vehicles had zero disengages on the road.

But Tesla only submitted a simple one-page letter to the California DMV. It didn't provide any other information about its autonomous car testing.