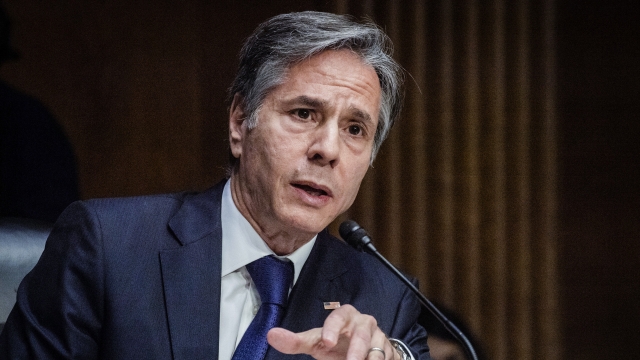 Secretary of State Antony Blinken on Tuesday sought to parry bipartisan congressional criticism of the Biden administration’s Afghanistan withdrawal, as new intelligence estimates warned that Al-Qaeda could soon again use Afghan soil to plot attacks on the United States.

Blinken had mixed results in attempting to face down a second day of tough congressional questioning, this time from the Senate Foreign Relations Committee. As a day earlier before the House Foreign Affairs Committee, he was assailed by Democratic and Republican lawmakers alike over the administration’s preparation for and handling of the pullout. 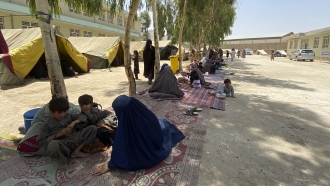 Even lawmakers sympathetic to President Joe Biden’s decision to end America’s longest-running war by withdrawing from Afghanistan after 20 years expressed disappointment and concern about the large number of Americans, green card holders and at-risk Afghans left behind in the chaotic and hasty evacuation from Kabul.

And, as Blinken testified just three days after the 20th anniversary of the Sept. 11, 2001, terrorist attacks that led to the U.S. invasion of Afghanistan, intelligence officials presented a bleak assessment that Al-Qaeda could begin to use Afghan territory to threaten America within one to two years.

“The execution of the U.S. withdrawal was clearly and fatally flawed,” said committee chairman Sen. Bob Menendez, D-N.J., who has been generally supportive of Biden’s foreign policy but has taken issue with several of its aspects, including Afghanistan.

“This committee expects to receive a full explanation of this administration’s decisions on Afghanistan since coming into office last January,” he said. “There has to be accountability.” 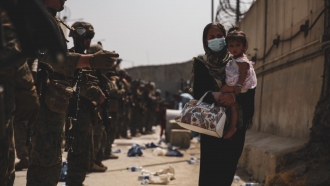 “The withdrawal was a dismal failure,” said Sen. Jim Risch of Idaho, the top Republican on the committee. He and virtually all of his Republican colleagues accused the administration of “ineptitude” that has cost the United States international credibility, led to a deadly attack on U.S. troops and Afghan civilians at the Kabul airport and left many in the lurch.

Much as he did on Monday at the often contentious hearing in the House, Blinken tried to deflect the criticism and maintained the administration had done the best it could under extremely trying and chaotic circumstances.

Blinken again blamed the Trump administration for its February 2020 peace deal with the Taliban that he said had tied Biden’s hands, as well as the quick and unexpected collapse of the Afghan government and security forces that led to the Taliban takeover on Aug. 15.

“Even the most pessimistic assessments did not predict that government forces in Kabul would collapse while U.S. forces remained,” he said. “They were focused on what would happen after the United States withdrew, from September onward.”

Blinken said the administration would hold the Taliban, which hosted and protected Osama bin Laden and top members of his Al-Qaeda network as they plotted the 9/11 strikes, to their promises not to allow Afghanistan to be used again as a base for terrorist attacks.

Experts have long said the Taliban still maintains ties to Al-Qaeda, which took sanctuary in Afghanistan prior to 9/11. Although Blinken was not asked directly about the intelligence assessments, he said the Taliban had not fully severed its links with the group.

The State Department has come under heavy criticism from both sides for not doing enough and not acting quickly enough to get people out of the country after the Taliban took control of Kabul, cementing its hold on the country before the completion of the U.S. withdrawal on Aug. 30.

Blinken defended the withdrawal and the end of America's longest-running war as "the right thing to do" after 20 years.