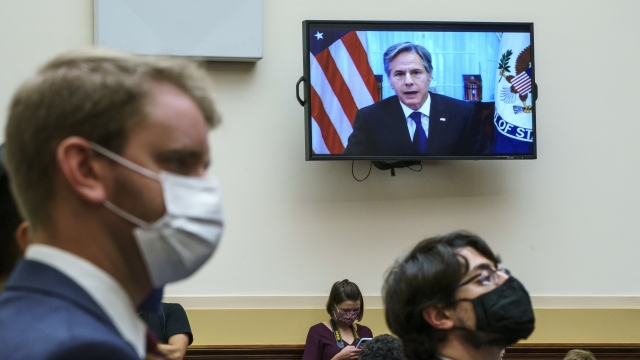 SMS
Secretary Blinken Testifies On Troop Withdrawal From Afghanistan
By Newsy Staff
By Newsy Staff
September 13, 2021
The hearing marked the first time lawmakers have been able to question a member of the Biden administration about the withdrawal.
SHOW TRANSCRIPT

Secretary of State Antony Blinken testified before the House Foreign Affairs Committee Monday on the U.S. withdrawal from Afghanistan, which effectively ended the U.S.' two-decade-long war in the country.

"There's no evidence that staying longer would have made the Afghan security forces or the Afghan government any more resilient or self-sustaining," he said. "If 20 years and hundreds of billions of dollars in support, equipment, and training did not suffice, why would another year, or five, or ten?"

The hearing marked the first time lawmakers have been able to question a member of the Biden administration about the withdrawal.

In his opening statement, Blinken praised the evacuation of Americans and other foreign nationals as "an extraordinary effort," pointing out that 124,000 people were airlifted out of Afghanistan before U.S. troops left on August 31.

He said about 100 more American citizens still wish to leave the country.

The secretary is scheduled to testify before the Senate Foreign Relations Committee Tuesday.