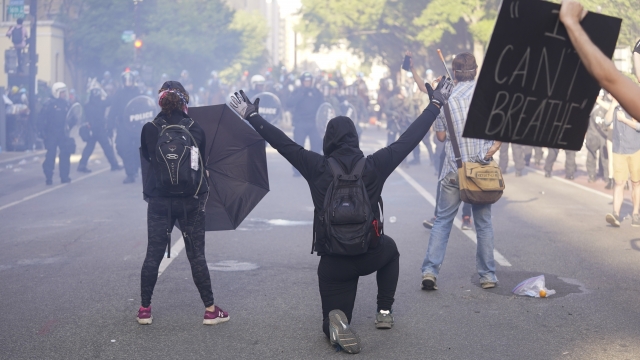 The Secret Service helped break up demonstrations outside of the White House near Lafayette Park earlier this month.

The U.S. Secret Service says one of its employees used pepper spray to clear protesters near the White House on June 1.

The agency says the spray was used on "an assaultive individual."

The Secret Service had previously denied that any of its personnel had used tear gas or pepper spray to clear the area.

The Secret Service helped break up demonstrations outside of the White House near Lafayette Park earlier this month. The largely peaceful protest was dispersed so President Donald Trump could walk to a nearby church for a photo-op.