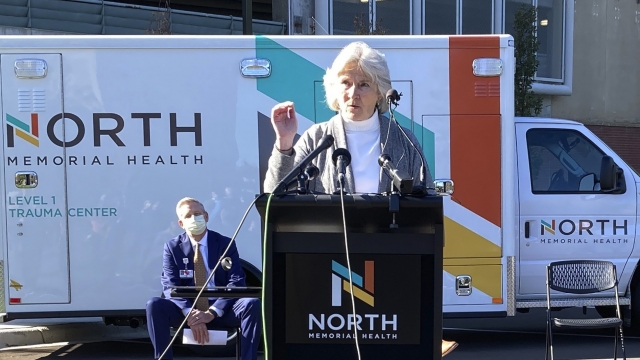 A man who attended an anime convention in New York City in late November tested positive for the omicron variant of the coronavirus when he returned home to Minnesota, marking the second case of the variant in the U.S. and leading officials Thursday to urge thousands of convention attendees to get tested.

The news came a day after the U.S. announced its first case of the variant had been detected in California, in a person who had recently traveled to South Africa.

New York Gov. Kathy Hochul said there are no confirmed omicron cases among New York residents yet but expected that to change, saying, “We do anticipate there will be more cases.”

The anime convention Nov. 19-21 drew about 50,000 people, according to event organizers, and attendees were required to wear masks and show proof of having received at least one dose of a COVID-19 vaccine. Officials in New York said they were working to trace attendees of the Anime NYC 2021 convention, held at the Jacob K. Javits Convention Center.

The convention, occurring days before officials in South Africa reported the new variant, was held as New York City prepared to host the annual Macy’s Thanksgiving Day Parade and braced for throngs of tourists to return after the U.S. opened up to vaccinated international travelers.

Officials in the city of 8.8 million said they expected it would be only a matter of time before the new variant was reported in the city.

“We should assume there is community spread of the variant in our city,” Mayor Bill de Blasio said in a statement.

The Minnesota man began experiencing mild symptoms Nov. 22. He had been vaccinated and received a booster shot in early November, according to health officials in his home state. He sought COVID-19 testing Nov. 24, and his symptoms have subsided, officials said.

Minnesota Health Commissioner Jan Malcolm said the man had not traveled outside the U.S. recently.

“Just given the timing ... it seems quite possible, perhaps the most likely, that this transmission happened at the arena convention in New York City but that’s not definitive,” Malcolm said.

Nov. 22 was the same day the person infected in the California case returned to the U.S. from South Africa. The California traveler, who was vaccinated, developed mild symptoms and tested positive Monday.

Much remains unknown about the new variant, including whether it is more contagious, as some health authorities suspect, whether it makes people more seriously ill, and whether it can thwart the vaccine.

Omicron is classified by the World Health Organization as a “variant of concern” as scientists work to determine how it may compare with the predominant delta variant in terms of transmissibility and severity. Scientists also are studying the degree to which existing vaccines and therapies protect against omicron.

Scientists in South Africa first reported it, but the samples came from several countries in southern Africa. And health officials in the Netherlands now say it was found there prior to the South Africa detection.

As comfort over air travel returns, it’s inevitable that new variants like omicron will spread from country to country and state to state, said professor Danielle Ompad, an epidemiologist at New York University’s School of Global Public Health.

“We shouldn’t panic, but we should be concerned,” she said.

Hochul said the case involving the Minnesota visitor underlined the need for everyone who is eligible to get vaccinated against COVID-19 or receive a booster shot if they have not already.

“There is one way to address this — New Yorkers, get vaccinated, get boosted, and get ready,” the Democrat said.

“It is likely that this is not an isolated case, meaning that there is ongoing community spread of the Omicron variant in NYC,” Chokshi tweeted.

A website for the convention says that Anime NYC is a creation of Leftfield Media, an event company based in Shelton, Connecticut. A company spokesperson did not immediately respond to an email requesting comment.