Secretary Of Defense Meets With Officials, U.S. Troops In Poland 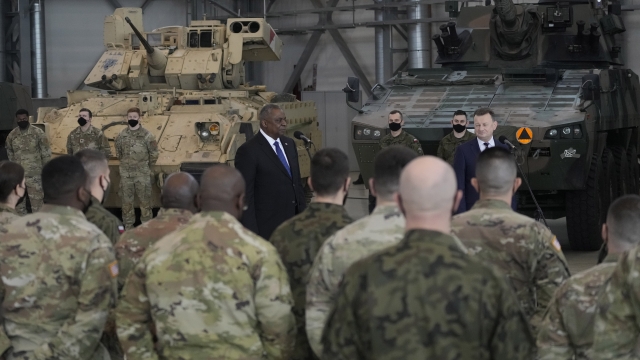 This comes as spiking tensions in eastern Ukraine on Friday aggravated Western fears of a Russian invasion and a new war in Europe, with a humanitarian convoy hit by shelling and pro-Russian rebels evacuating civilians from the conflict zone. A strong explosion hit the eastern city of Donetsk.

While Putin held out the possibility of diplomacy, a cascade of developments this week have have further exacerbated East-West tensions and fueled war worries.

This week's actions have fed those concerns: U.S. and European officials, focused on an estimated 150,000 Russian troops posted around Ukraine's borders, warn the long-simmering separatist conflict in eastern Ukraine could provide the spark for a broader attack.