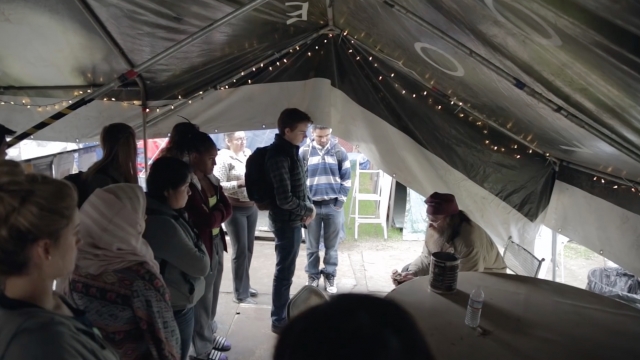 And that's why the Tent City Collective has been moving tent camps to universities in the Seattle area.

The camps by the Tent City Collective are temporary. The latest — on University of Washington's campus — will only stay for 90 days. As many as 99 people can stay there.

But while the tents are on campus, they give students a chance to interact with a community they normally might not.

Seattle has a growing homeless population. At the beginning of 2016, the number of homeless people there had grown 19 percent from the prior year.