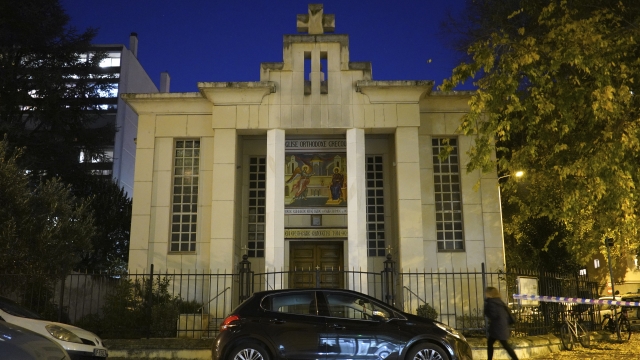 The search for the gunman who shot a Greek Orthodox priest in France has widened after police freed their initial suspect Sunday. The prosecutor's office in Lyon found no evidence he was involved, suggesting the assailant is still at large.

The motive for the shooting is still unclear and police are reportedly investigating a possible long-running personal dispute. The gunman shot the priest twice in the abdomen with a sawed-off rifle while he was closing his church Saturday afternoon, and he's still in critical condition.

The incident came days after a man killed three people at a church in the French city of Nice. Three suspects are in custody for that attack. While the reason behind the killings isn't entirely clear, it happened on the Islamic holiday celebrating Muhammad's birthday. Tensions have been high between France and some Muslim nations related to the satirical magazine Charlie Hebdo's publishing of images of Muhammad, which is forbidden under some interpretations of Islam.

In 2015, gunmen shot 12 people dead at Charlie Hebdo's office after it first printed the images. The magazine recently republished them as the terror suspects went on trial.

And two weeks ago a Paris teacher was decapitated in a suspected terrorist attack. The teacher had reportedly shown the Charlie Hebdo cartoons of the Prophet Muhammad in class.