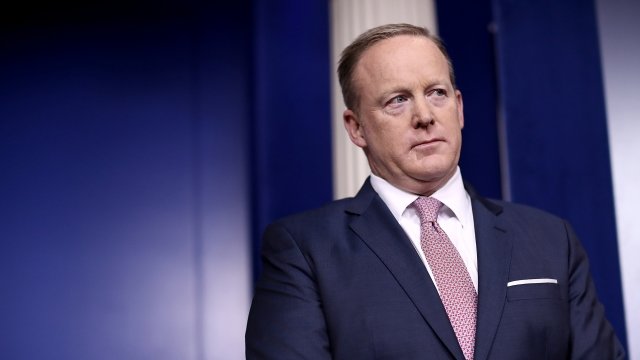 It's been rumored that Spicer would be fired or reassigned — but his exit is now official.

As White House press secretary, Spicer often found himself responding to situations that made him ripe for criticism.

It started on Spicer's first full day on the job. After Trump's frustration with reports about the size of the inauguration crowd, Spicer made a fiery — and false — statement.

"This was the largest audience to ever witness an inauguration — period — both in person and around the globe," Spicer said. "These attempts to lessen the enthusiasm of the inauguration are shameful and wrong."

And that led to the first of multiple "Saturday Night Live" parodies. According to Politico, Trump didn't like that Spicer was portrayed by a woman. 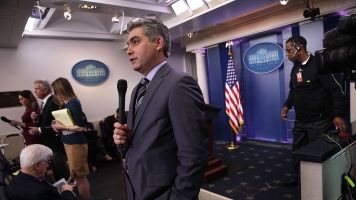 This Reporter's Had Enough Of Sean Spicer's No-Video, No-Audio Updates

"You had someone as despicable as Hitler who didn't even sink to using chemical weapons," Spicer said.

Spicer later apologized and said he was "in no way ... trying to lessen the horrendous nature of the Holocaust."

As of Friday morning, there was no word on what Spicer's next move would be.