Cohen's Lawyer Says Hannity Is A Client — But Hannity Disagrees 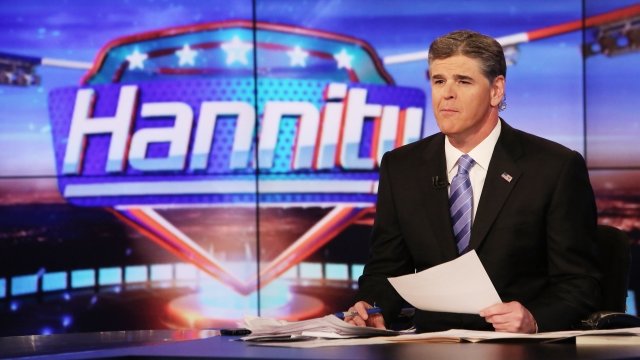 There's some conflicting information here, and it's hard to tell exactly what each party considers a "client" to be. Hannity said on his radio show Monday afternoon he's known Cohen for a long time, but that Cohen never represented him in any case. He says he never "retained" Cohen "in the traditional sense," but that he might have "handed him 10 bucks" and asked for attorney-client privilege.

Cohen is in court in connection to raids on his home, hotel room and office last week. The raids were reportedly carried out, in part, in connection with alleged hush-money payments Cohen made to women who said they had sexual encounters with the president. Cohen is trying to keep investigators from sifting through all the documents they collected in those raids, claiming they're protected by attorney-client privilege. That's why Cohen's lawyer had to list his client's clients: to say who would be affected by this privilege.

All of this came out when Cohen's lawyer refused to name one of three people on a list of Cohen's clients. The president, of course, is one of them. The judge said Cohen's lawyer had to identify all three, and Hannity's name came out.

Amid all his talk on the air about the unfairness of the FBI raids, Hannity never told his audience about his relationship with Cohen. Hannity is a personal friend of President Trump.