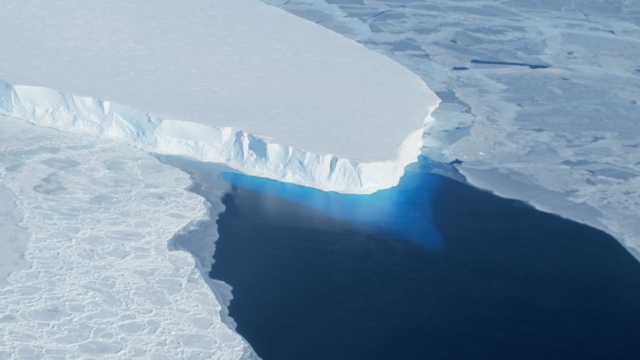 SMS
Sea Levels Could Rise Twice As Fast By The End Of The Century
By Evan Thomas
By Evan Thomas
March 30, 2016
A study using new climate models says melting ice from Antarctica could mean seas will rise twice as much as the U.N. had predicted by 2100.
SHOW TRANSCRIPT

The new research rolled atmospheric melting from Antarctica and Greenland into its models, which the researchers say is "often overlooked" when scientists predict sea level rise.

The researchers found, "Antarctica has the potential to contribute more than a metre of sea-level rise by 2100 and more than 15  metres by 2500."

That means the total would be closer to two meters of sea level rise by the end of the century, which is around double the estimate from the U.N.'s Intergovernmental Panel on Climate Change.

Author David Pollard emphasized these are predictions based on models. He told The New York Times: "We are not saying this is definitely going to happen. But I think we are pointing out that there’s a danger, and it should receive a lot more attention."

It's not as gloomy as some other research, like NASA studies that suggest melting in Antarctica is already irreversible.

This video includes images and clips from NASA and the Intergovernmental Panel on Climate Change.