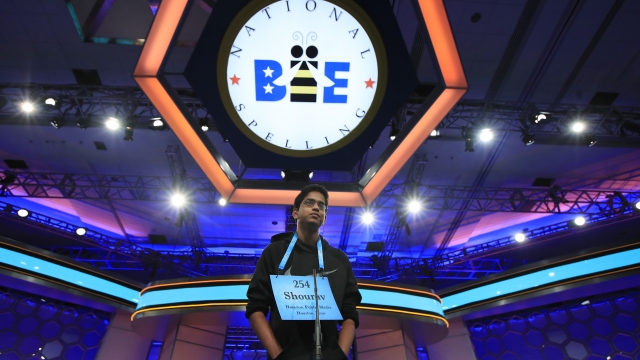 It will now test competitors on their vocabulary skills and there will be a lightning speed round if there's a tie at the end.

You ever watch the Scripps National Spelling Bee and think, maybe I should have paid more attention in Miss Spencer's fourth-grade English class?

Okay... Maybe that only applies to me.

You can expect more of that feeling.

The event is making a major change.

It will now test competitors on their vocab skills and there will be a lightning speed round if there's a tie at the end.

Spellers will get 90 seconds to knock out as many words as they can correctly.

The change would prevent ties like we've seen in recent years.

We do want to note Newsy is a part of the E.W. Scripps Company, which runs the Scripps National Spelling Bee on a not-for-profit basis.