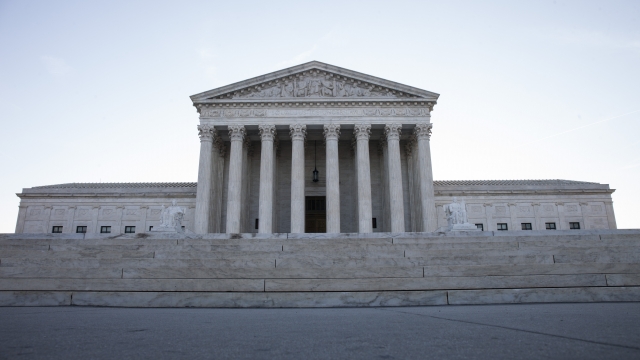 SMS
SCOTUS Will Hear Case Involving Same-Sex Foster Parents
By Bailey Vogt
By Bailey Vogt
February 24, 2020
At issue is whether Philadelphia can stop working with a Catholic foster agency over its refusal to place children with same-sex couples.
SHOW TRANSCRIPT

The Supreme Court announced Monday they would hear a case involving same-sex couples who want to provide foster homes to children.

The high court will decide whether Philadelphia can stop working with a Catholic foster care agency because the agency doesn't place children in the homes of same-sex married couples.

The agency, Catholic Social Services, says its religion prevents it from working with same-sex families and that it would have to shutter operations if the city doesn't renew its contract, according to Reuters.

A lower court previously decided in favor of the city. It ruled Philadelphia was not intentionally singling out Catholic Social Services due to its religion but was just upholding its own nondiscrimination policy.

According to The Associated Press, the justices will also decide whether to revisit a decades-old Supreme Court decision which says religious exemptions can't be made to laws that apply to everyone "generally and neutrally."

The Supreme Court will hear the case, Fulton v. City of Philadelphia, Pennsylvania, in the fall.