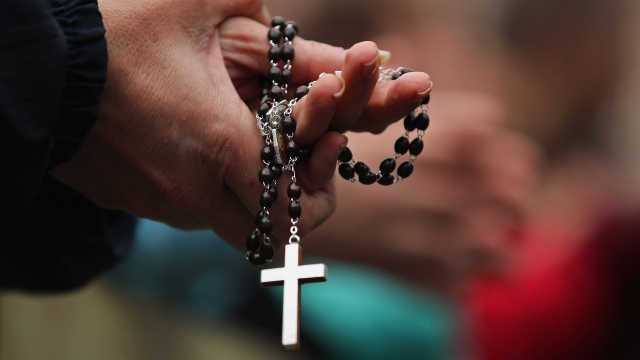 Two California teachers sued Catholic schools they worked at for wrongful termination, but the churches claim they have immunity.

On Wednesday, the Supreme Court of the United States agreed to hear cases involving employees who sued the religious institutions they worked at, to decide whether churches are immune to the suits.

The court will hear appeals from two California teachers who sued the Catholic schools they were fired from. Agnes Morrissey-Berru worked at Our Lady of Guadalupe School in Hermosa Beach. She accused the school of age discrimination after her contract was not renewed in 2015. The school said she was let go because of her performance.

Another teacher, the late Kristen Biel, sued St. James School in Torrance, accusing it of violating the Americans with Disabilities Act. She was being treated for breast cancer in 2014 when the school decided not to renew her contract. Her widower, Darry Biel, is still fighting the case on her behalf.

Both churches argued they were immune to the lawsuits. The First Amendment to the U.S. Constitution protects freedom of religious expression, citing a "ministerial exception" where religious entities can avoid being sued by employees. And in 2012, SCOTUS made a ruling citing that exemption to ensure the separation of church and state.

But, Morrissey-Berru isn't a practicing Catholic. She said she never led religious services and wasn't required to attend religious training. And Biel, who is Catholic, said she never performed any ministerial functions either. That's why the 9th Circuit Court of Appeals in San Francisco gave an opposite ruling. It said the teachers' duties were not ministerial, even though they taught religious subjects.

This is the high court's second religious freedom case this term. It will also hear a case about a Montana law blocking religious schools from getting state scholarship aid.

The justices will hear courtroom arguments for the Catholic schools and the former employees in the spring and give their ruling by the end of June.