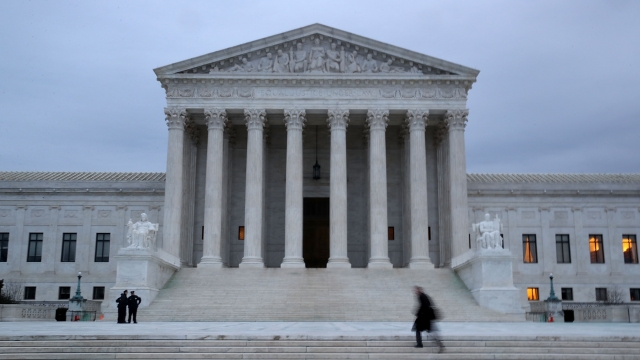 SMS
Supreme Court Temporarily Halts Release Of Trump's Financial Records
By Ahmed Jawadi
By Ahmed Jawadi
November 18, 2019
​The Supreme Court issued a temporary stay on a lower court's ruling that allowed for the release of years worth of the president's tax information.
SHOW TRANSCRIPT

The Supreme Court has temporarily blocked a lower court decision that allowed for the release of President Donald Trump's tax returns.

The Supreme Court issued a temporary stay on Monday following a request from the president's legal team. Last week, a D.C. appeals court refused for a second time to block President Trump's longtime accounting firm from sharing years worth of his tax information with the House oversight committee. The president's lawyers asked that the lower court's ruling be paused while they prepare to appeal. The Supreme Court did not say how long the stay will be in effect, but did ask that the House respond to the move by Thursday.

Attorneys for the House said in a letter Monday they don't oppose a "ten-day administrative stay" starting Wednesday to give the court more time to consider legal arguments. The letter says the committee plans "to file its opposition to the stay request" on Friday.