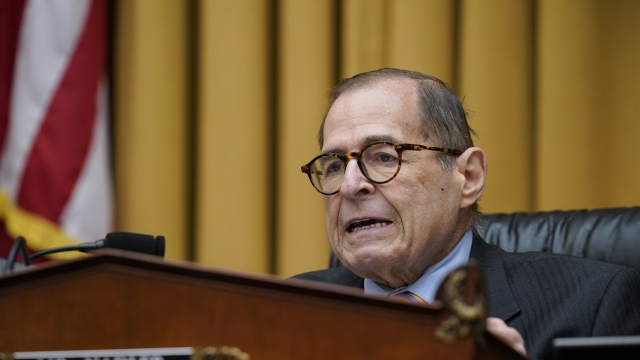 New Yorkers are preparing for a seismic shift in gun rights—any day now—as the Supreme Court is prepared to rule on whether a reason is needed for concealed carry in the state.

Right now, state law says you must prove a need for a permit in order to conceal carry in New York.

"There are lots of New Yorkers who now have licenses to keep in their homes, or to take those guns to shooting ranges-- they'll start carrying as well," said attorney Richard Aborn. "It's the first major gun case the Court has taken up since 2008, when justices affirmed the right to have a gun in the home, but never said anything about outside."

More than half a dozen other states—including California Maryland and Connecticut having similar laws on the books – the ruling could be felt across the country... in the wake of multiple deadly mass shootings, including one in the state where the case originated.

"This notion that we're going to all feel safer, I think it's, it's a total fantasy is a total illusion," said Aborn.

New York City has been plagued by violence recently, including two shootings on subway cars in a five-week timeframe.

Aborn, who spent decades advising the mayor's office and law enforcement on a host of gun related issues, says the city will be more dangerous with less regulation of concealed carry.

"I'm expecting that … I am expecting to see more guns come into the city, because the tensions are going to rise in the city. And I definitely think people will start getting guns," said Aborn.

Second amendment advocates believe allowing gun owners to carry weapons outside the home will prevent crimes in the city and elsewhere. And say carrying firearms are necessary for self-defense.

But Aborn is particularly worried about the impact of more concealed guns could have on police shootings.

"Adding weapons to that mix is only going to drive the mortality rate higher," said Aborn.

Assemblywoman Alessandra Biaggi—who is also running for Congress — said Democrats in Albany are working to get more firearm regulations on the books.

"The action that we should be taking is, frankly, just to work to get guns off of our streets not to put more of them on our streets or making it easier for individuals to access them or carry them around in public," said Biaggi.

Aborn says should the Supreme Court's conservative majority rule in the expected way, he wants to see elected officials remind New Yorkers they still need a background check and a license to carry, and for lawmakers to regulate carry in sensitive places.

The decision is expected to come before the court's term ends at the end of the month.