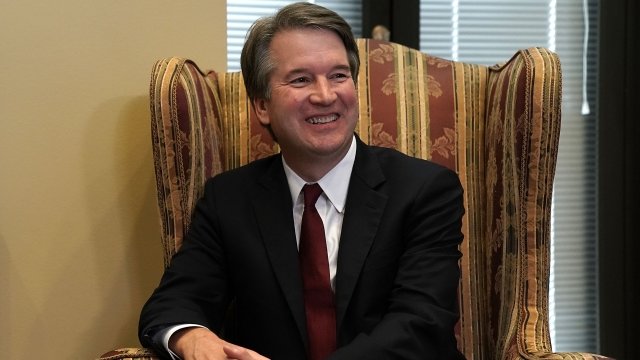 If he is confirmed, Kavanaugh would take over the seat vacated by Anthony Kennedy, who retired.

Kavanaugh could be President Donald Trump's second addition to the high court, following Justice Neil Gorsuch. But due to the 51-49 split in the Senate, Republicans will need to be nearly unanimous, or persuade a few Democrats, if they want Kavanaugh to be confirmed.

Democrats have accused Republicans of trying to rush the confirmation process. They want to wait on a vote until they get access to a trove of records from Kavanaugh's time in the George W. Bush administration.

If he is confirmed, Kavanaugh would take over the seat vacated by Anthony Kennedy, who retired at the end of July.