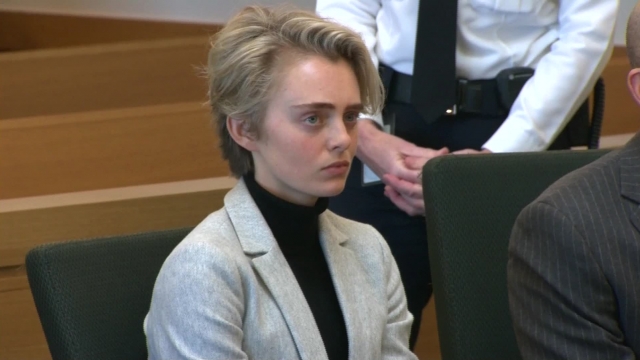 The Supreme Court has dismissed an appeal in Michelle Carter v. Massachusetts and upheld her involuntary manslaughter conviction. The case appeared on the high court's list of "Certiorari Denied" on Monday.

Carter was convicted of involuntary manslaughter in 2017 for encouraging her boyfriend to follow through with a plan to kill himself. She was 17 when her 18-year-old boyfriend, Conrad Roy III, told her he was contemplating getting back into a truck he'd filled with carbon monoxide. Carter told a friend via text message that Roy got out of the truck and called Carter, but that she told him to "get back in." Hundreds of text messages were investigated in her 2015 indictment, and they seemed to show Carter encouraging Roy's suicidal thoughts.

In the Supreme Court appeal, Carter's lawyers argued her "unprecedented" conviction violates two parts of the U.S. Constitution: the Free Speech Clause of the First Amendment and the Due Process Clause of the Fifth Amendment. The filing says Carter's speech was not "an integral part of conduct in violation of a valid criminal statute" and that her "words alone" shouldn't be considered responsible for Roy's suicide. It argues Carter was about 50 miles away when Roy died and that she "neither provided the actual means of death nor physically participated in the suicide."

The Associated Press reports Carter is currently serving a 15-month sentence at Bristol County House of Correction in Dartmouth, Massachusetts, and is scheduled to be released in May. She was denied parole in September, but a spokesman for the Bristol County Sheriff's Office told the AP that Carter has been attending programs and has had no discipline issues, which means she could be released early with "good time" credits.