SCOTUS Could Decide If US Protections Extend To Foreign Citizens 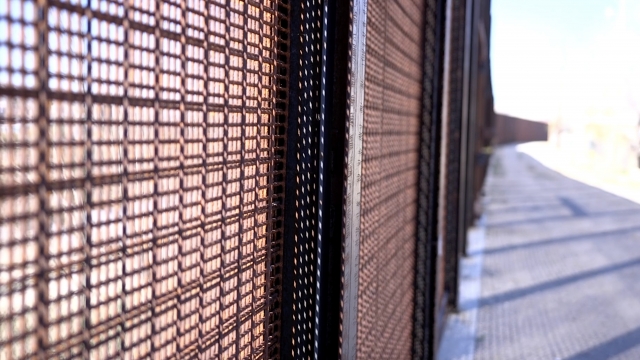 In 2010, a 15-year-old Mexican national was shot by a Border Patrol agent on Mexican soil.

The Supreme Court has agreed to take on a case that could decide whether U.S. constitutional protections can extend to foreign citizens on foreign soil.

Here's the case: according to the complaint, in 2010, 15-year-old Mexican national Sergio Adrián Hernández Güereca and his friends were playing a game at the U.S.-Mexico border between El Paso, Texas, and Ciudad Juarez, Mexico. The game involved running across the border onto U.S. soil, touching a fence and running back to the Mexican side of the border.

A U.S. Border Patrol agent showed up and detained one of the minors involved in the game. The lawsuit says Hernández ran back across the border to the Mexican side and stood on a pillar there. The agent then shot across the U.S.-Mexico border, killing him. The complaint says Hernández was "unarmed and unthreatening at the time."

The agent says he fired the gun because rocks were being thrown at him. Hernández's family filed suit, arguing the agent violated Hernández's Fourth and Fifth Amendment rights.

The case made it all the way to the high court, which heard oral arguments in 2017. The Supreme Court sent it back to a lower court for further proceedings.

The Fifth Circuit Court of Appeals dismissed the Hernández family's lawsuit in March. It said extending certain actions to let the lawsuit go forward would "interfere with the political branches' oversight of national security and foreign affairs" and "create a remedy with uncertain limits."

Now, the Supreme Court is getting another crack at the case to decide whether U.S. constitutional rights can extend to foreign persons on foreign soil, allowing the family to sue for damages in U.S. courts.