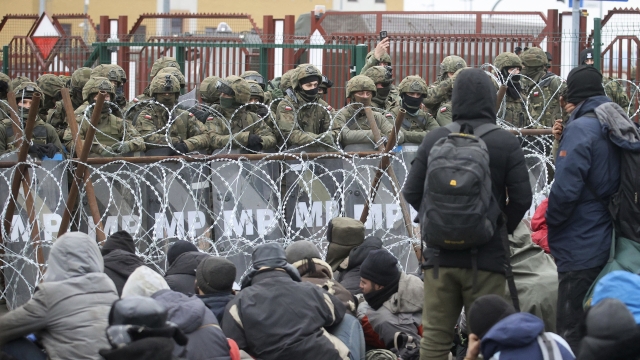 Hundreds of migrants remained stranded at Belarus' border with Poland on Monday as the European Union agreed to slap further sanctions on the former Soviet nation.

Amid the crisis, Poland has also reinforced its side of the frontier with 15,000 soldiers, in addition to border guards and police.

In a briefing on Monday, Polish officials said they were expecting migrants to attempt a "forceful crossing" from neighbouring Belarus. 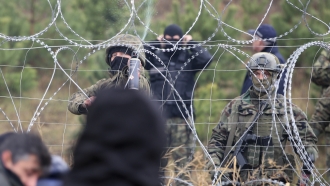 Migrants Aided By Belarus Try To Storm Border Into Poland

At least nine migrants have died in their attempts to cross into Poland.

The European Union has responded to the crisis by agreeing on Monday to slap sanctions on airlines accused of helping Belarus President Alexander Lukashenko wage a “hybrid attack” against the bloc using migrants.

The 27-country EU has already imposed four sets of sanctions on Belarus authorities and senior officials over the disputed election in August last year that returned Lukashenko to office and the security crackdown on peaceful protesters that followed.

The EU is preparing a fifth lot, and on Monday the bloc’s foreign ministers extended the scope of those measures to add airlines, travel agents and others accused of helping to bring migrants to Minsk.