Humans' Earliest Known Ancestor May Have Been Tiny ... And Terrifying 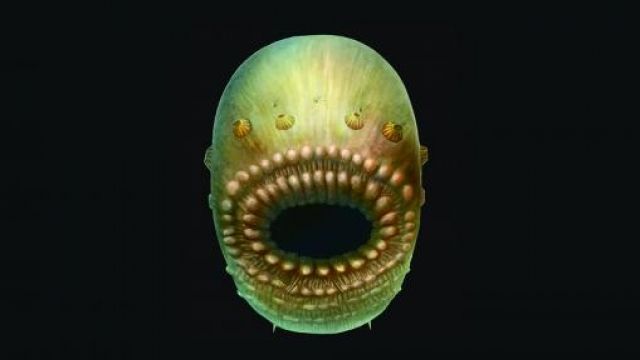 SMS
Humans' Earliest Known Ancestor May Have Been Tiny ... And Terrifying
By Ryan Biek
By Ryan Biek
February 2, 2017
The newly discovered creature is called saccorhytus and looks like something from an "Alien" film.
SHOW TRANSCRIPT

If we go all the way back in your family tree, hundreds of millions of years before Homo sapiens got their start, our earliest known ancestor might have looked like something from the movie "Alien."

Fossils from China showed saccorhytus likely got around by wriggling and had a mouth that could expand to engulf larger prey. It lived in shallow seabeds 540 million years ago.

Of course, there are a lot of evolutionary steps between you and saccorhytus.

The creature is thought to be the most primitive example of a deuterostome –– a biological category that led to fish with spines, which eventually led to humans.