Scientists Say They Have Cured A Woman Of HIV 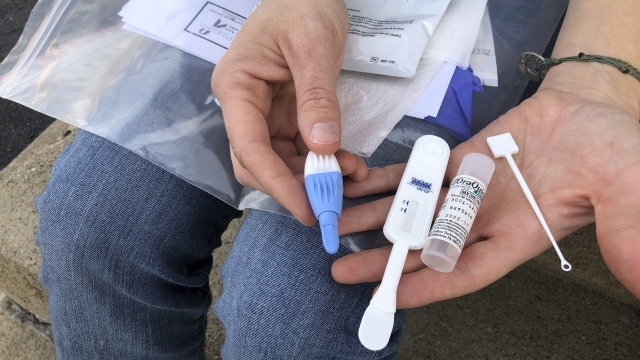 Another person has been cured of HIV. Doctors say a transplant using stem cells from umbilical cord blood was successful in the mixed-race woman. It means it could now be possible to cure more people with HIV from diverse racial backgrounds.

Researchers on the team who spoke to Newsy's Lindsey Theis say the process can be arduous for a patient and the science on this is still new.

But the doctors and scientists say they are cautiously optimistic, as the woman's virus has remained undetectable now for 14 months.

Dr. Koen van Besien is the director of the stem cell transplant program at Weill Cornell Medicine in New York.

He tells Newsy the patient had both acute leukemia and HIV. Four years ago, she had a stem cell transplant from umbilical cord blood and bone marrow, and 14 months ago, she stopped her HIV medication.

For the past 14 months doctors have not been able to detect HIV.

Here is the science of how it works:

To infect someone, HIV relies on two receptors, including one called CCR5. HIV initially docks with something called the CD4 receptor and binds to the CCR5 receptor to invade the cell.

A small part of the human population is born with a genetic mutation called CCR5 Delta-32 mutation. It's that which keeps the HIV virus from a person's cells.

"That mutation is mostly present in Europeans, I believe in about 3% or 4% of the population, and then about 1% mostly of northern Europeans," Dr. van Besien said.

The New York woman is the fourth HIV patient worldwide treated with resistant stem cells. The others, referred to as the Berlin, London and Dusseldorf patients, were treated with cells from bone marrow.

But she is the first with stem cells from umbilical cord blood and bone marrow.

Umbilical cord blood cells don't require as much of an exact genetic match.

Nearly 38 million people worldwide live with HIV. Potent drugs can control it, and about 73% are getting treatment.

But with this, more people could potentially find a cure.

"We are physicians and nurses, we take care of patients, so we're very happy that this patient was cured," Dr. van Besien said. "We're very excited for her."

So far, only a few dozen patients are candidates for this procedure — HIV patients with leukemia or similar high-risk cancers. Researchers say there could be roughly 50 of them in the U.S. each year. They hope this discovery will help more of those types of patients come forward.