An Italian Supervolcano Might Be Ready To Blow — But Maybe Not 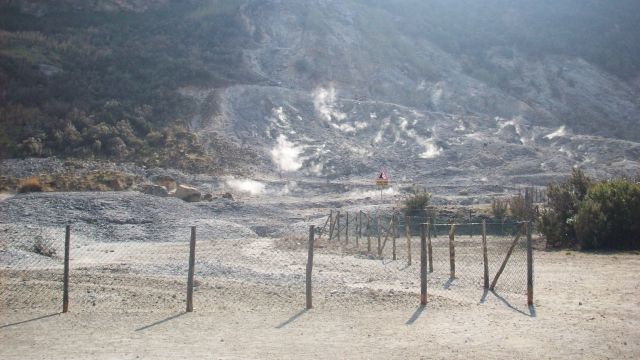 Scientists warn that the volcano that caused the largest eruption in European history might be getting ready to blow again.

The volcano is called Campi Flegrei, and it's located under the Italian city of Naples.

Campi Flegrei is what's known as a supervolcano. It's so large that at one point, it ejected more then 240 cubic miles of ash, pumice and lava.

Volcanic eruptions are notoriously hard to predict. But scientists writing in the journal Nature say the volcano is nearing a critical point — identified in other volcanoes — when rising magma can cause an eruption.

The last time Campi Flegrei erupted, Italy ended up with a new mountain. That was all the way back in 1538, and it was a relatively small eruption. An even earlier eruption was so large it might have killed off the Neanderthals.

And in 2012, Italian authorities raised the volcano's alert level from quiet to scientific attention.

Despite warnings that the the volcano could be about to erupt, scientists also made it clear that they couldn't say when — or even if — it would actually go off.