Scientists Concerned Over Program That Enlists Bugs To Spread Viruses 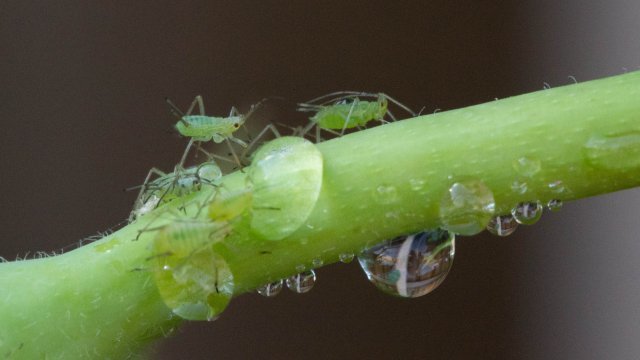 Scientists are raising the alarm over a Defense Department research program that aims to use bugs to protect crops.

The program in question is called Insect Allies, and it would look to enlist aphids, leafhoppers and white flies to transmit genetically engineered viruses to crops. Those viruses could activate or deactivate parts of plants' genetic code, helping to fight diseases or resist droughts.

But a group of scientists say that technology, and specifically the use of bugs to disperse it, could be easily weaponized. In a paper in the journal Science, the scientists argue if the program were benevolent, it could use spraying equipment to distribute the viruses instead of bugs.

The program's manager told The Washington Post those fears were unfounded and that the program is focusing on "delivering positive traits to plants."

Either way, the Post points out, it's normal for DARPA projects to go nowhere, so the whole debate may be moot.