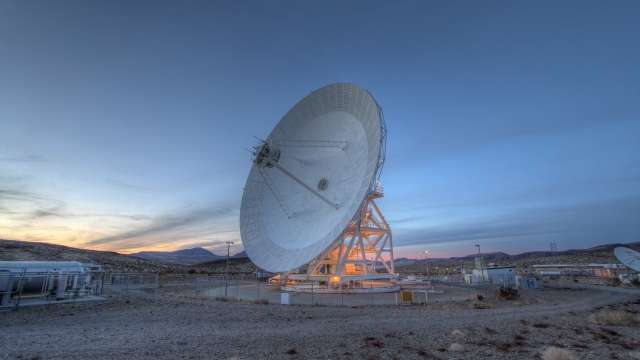 SMS
If We Ever Do Find Alien Life, Here's How It Might Happen
By Evan Thomas
By Evan Thomas
August 30, 2016
Searching for life beyond our planet is a slow, careful process.
SHOW TRANSCRIPT

We still can't say for certain whether extraterrestrial life is out there. But if there is, don't expect a big flashy announcement. Instead, it's something we'll get more confident about as time goes on.

We see signals in space that could be of alien origin all the time. Researchers in Russia detected one 15 months ago, but it hasn't been repeated since. No one else picked it up then, either. So the scientific community is skeptical.

But that's how scientists operate. If a signal ever was detected that really did come from aliens, we probably wouldn't know for sure at first. Instead, scientists would study it for years and years, ruling out the other possibilities.

They're right to be cautious because of how significant the discovery of aliens would be. Look at how carefully scientists built a consensus on climate change — and they still haven't convinced everyone. Aliens would be even bigger news.

NASA, for example, is taking a slow and steady approach. Instead of looking for direct proof of life, it focuses the search on the supporting evidence and builds a case on that.

On Mars, NASA looks for organic molecules like the ones that make up life here on Earth. It hunts for exoplanets that could have liquid water.

Some researchers, meanwhile, focused their telescopes in case that signal from May 2015 repeats itself. One of the most important clues that a signal might be an intentional transmission is if it shows up more than once.