A Robotic Fish Could Change How Humans Study Marine Life 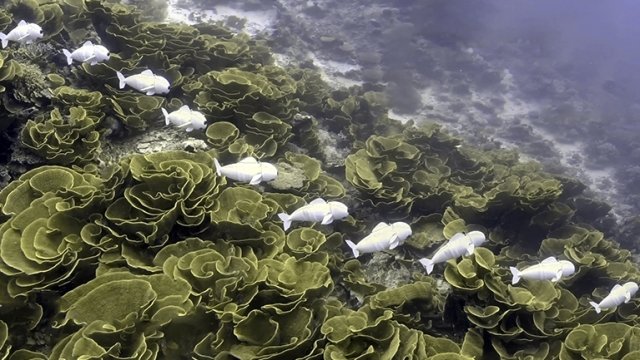 SMS
A Robotic Fish Could Change How Humans Study Marine Life
By Tyler Adkisson
By Tyler Adkisson
March 21, 2018
SoFi has cameras and a complex movement system that let researchers see into parts of marine ecosystems that only fish can reach.
SHOW TRANSCRIPT

This robotic fish is actually a research tool that can help marine scientists get closer than ever to their subjects.

The presence of scientists and their equipment can send fish fleeing from their habitats. But this robofish is remote-controlled. So researchers can be almost 70 feet away, while onboard cameras show users what the bot sees in real time. 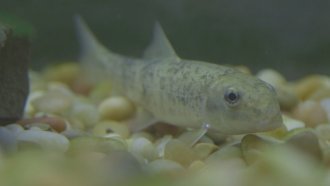 Great Lakes Fish Are Being Exposed To Lots Of Antidepressants

The robot is so fish-like, it didn't disturb other animals in preliminary tests. It uses a motorized tail to swim and change direction, a water pump system to control buoyancy and sensors so it doesn't hit coral.

The robot's engineers say it's nimble enough to study vulnerable parts of the ocean — like coral reefs — without doing more damage. The team also wants to see if they can coordinate multiple robots to gather data at the same time.