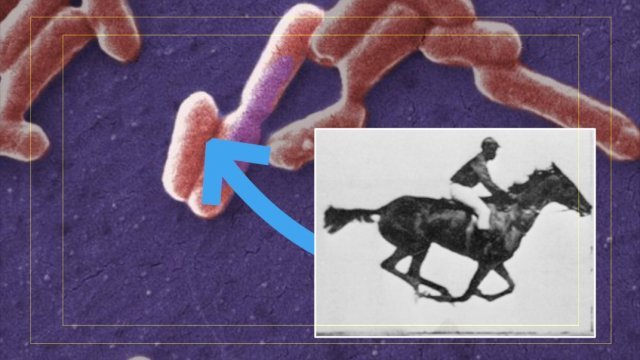 SMS
Science Puts A GIF Inside Live Bacteria
By Matt Picht
By Matt Picht
July 12, 2017
Researchers encoded a short video in DNA, inserted it into live bacteria and retrieved it with 90 percent accuracy.
SHOW TRANSCRIPT

A team of scientists has uploaded a GIF into live bacteria, because going viral just isn't enough anymore.

The experiment used the popular gene editing tool CRISPR, which can clip, store and insert DNA sequences in cells.

Usually those DNA chunks contain information about the cell — but researchers created new sequences that corresponded to pixels on an image of a horse galloping. 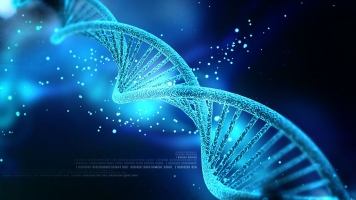 What DNA Testing Can Tell You, From Serious To Silly

Five frames of that GIF were encoded into living E. coli cells. Researchers then sequenced the genes of those cells and were able to reconstruct the image with 90 percent accuracy.

Writing data in DNA isn't a new concept — Microsoft even bought 10 million strands of DNA last year to investigate if the microscopic, durable strings of info can someday be an efficient data storage solution.

But this is the first time a simple movie has been stored in a living organism. The researchers are hoping that cells can eventually store information about their own growth and development.

Researcher Seth Shipman said: "If a cell could be gathering information and recording it into its own genome, ... a clinician could go in and sequence out the genomic locus that has that information and see what's been going on previously."