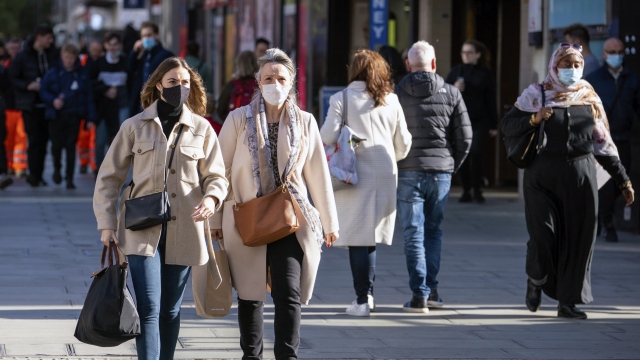 Scientists think COVID outbreaks will continue to flare up sometimes. But we'll learn to live with that risk.

From the plague in the Middle Ages to doctors fighting infectious disease in the 20th century, deadly viruses have continually shaped human history.

Viral outbreaks can take one of three paths. Some outbreaks flare up but then flame out before they do much harm.

In 2003, researchers discovered the SARS virus infecting patients in Asia. Its origin was probably from bats. It was a similar story with MERS, beginning in 2012. It passed from camels to humans in the Middle East. But it didn't spread easily between people, so the worst-case scenario was averted.

The World Health Organization says a pandemic is a virus that spreads easily and infects people across the world.

During the 1918 flu pandemic, soldiers fighting World War I spread the virus globally. By the early 1920s, 50 million had died. Just like today, masks, ventilation and quarantines saved countless lives.

But this COVID-19 pandemic has stretched on for 19 months. So when will this one end?

Last spring, the pace of infections slowed. There were hopes that vaccines would allow socializing, safe family events and normalcy.

President Biden said, "If we do this together, by July the fourth, there's a good chance you, your families and friends will be able to get together in your backyard or in your neighborhood and have a cookout and a barbecue and celebrate Independence Day."

Instead came the fourth wave of the pandemic, and hospitals filled up again.

The vaccines have saved millions of lives. But new variants have evolved. Now, in rare cases, some vaccinated people are getting sick, which is what scientists call breakthrough infections.

Scientists say it was naive to hope the vaccines would cause the virus to vanish, bringing a swift end to the pandemic.

The true end game, they say, is for COVID-19 to become endemic. Those are diseases that stay confined, spreading predictably each year. The seasonal flu, for example, kills up to 52,000 Americans each year. It's not a pandemic.

We get our flu shots, we stay home from work or school when we're sick, and the disease doesn't dominate our lives. It could be the same for COVID.

Scientists say pandemics end in one of three ways: People will either get vaccinated, or infected with the virus and recover, gaining natural immunity. Or, many more could die, ending the chain of transmission. With fewer and fewer people to infect, the virus will finally slow its spread.

Scientists think outbreaks will flare up sometimes. But we'll learn to live with that risk.

To get there, public health experts say, we'll need to accelerate vaccinations and continue other precautions.