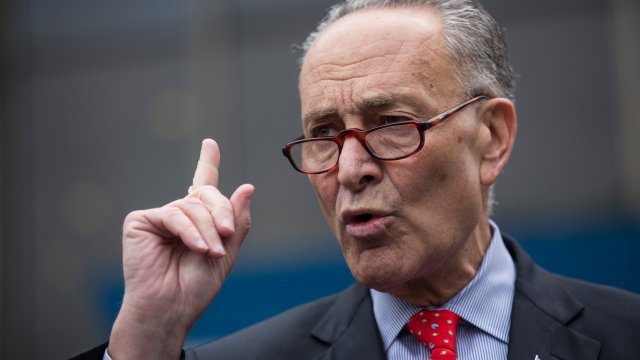 Democratic Sen. Chuck Schumer has pulled his offer to fund President Donald Trump's border wall. This comes as Democrats try to negotiate an immigration deal with the White House.

The offer was reportedly worth more than the $1.6 billion the president wanted for the wall.

So much for Friday's so-called "cheeseburger summit" when Schumer ate lunch with Trump to discuss a short-term spending deal. That's when the senator offered increased border wall funding in exchange for protections for those in the Deferred Action for Childhood Arrivals program, or DACA.

That offer was rejected. A Democratic aide told Politico that Trump "missed an opportunity to get the wall."