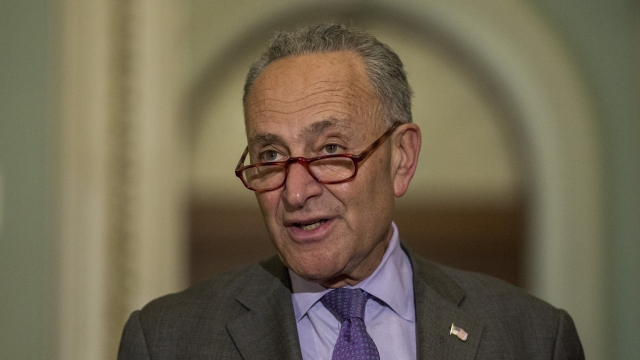 "These four witnesses have direct knowledge of the facts. Particularly in regard to the delay in the aid to Ukraine," Senate Minority Leader Chuck Schumer said.

The letter comes as the House prepares for a floor vote on the impeachment charges against President Trump.

Schumer wrote, "We believe all of this should be considered in one resolution. The issue of witnesses and documents, which are the most important issues facing us, should be decided before we move forward with any part of the trial."

The letter also detailed suggestions for when and how long the trial should run, as well as calls for additional documents to be subpoenaed.

Some Republicans argue that no witnesses should be called to testify if the trial proceeds, citing an interest in keeping it short.

According to a spokesman for McConnell, the senator plans to meet with Schumer to discuss the "contours of a trial soon."