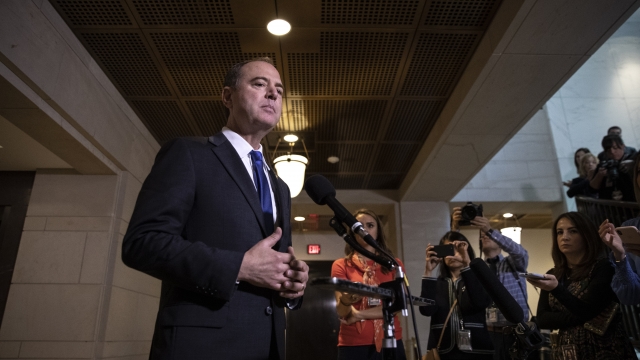 The Democratic lawmaker argued over the weekend that the whistleblower's testimony would just be "redundant and unnecessary."

He was responding to a request from House Republicans, who want a number of people, including the whistleblower and Hunter Biden, to be added to the list of witnesses set to publicly testify in the investigation into President Trump.

Rep. Devin Nunes, who is the top Republican on the House Intelligence Committee, told Schiff in a letter that the two needed to publicly testify in order to "provide transparency to [the Democrats'] otherwise opaque and unfair process."

House impeachment investigators will begin publicly questioning witnesses this week. Republicans are invited to request specific witnesses be called to testify. But Democrats still need to approve those requests.

Although Schiff denied Republicans' request for the whistleblower to testify, he said his panel "is carefully evaluating" the rest of their witness list.