Saudi Women Demand An End To The 'Enslavement' Of Male Guardianship 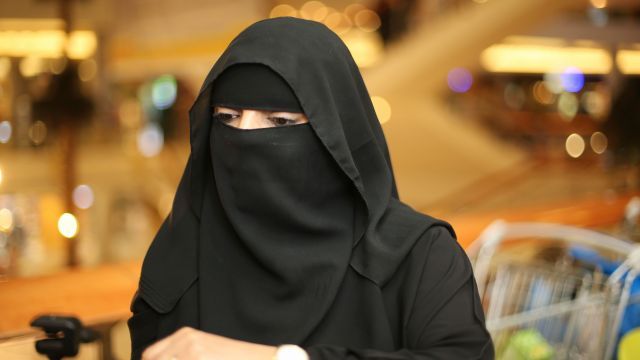 In the past several days, women in Saudi Arabia have dramatically stepped up their efforts to end male guardianship in the ultra-conservative kingdom.

On Saturday, Saudi women sent an open letter to King Salman and began a Twitter campaign, using hashtags like #StopEnslavingSaudiWomen and #IAmMyOwnGuardian.

Activists estimate hundreds of people sent telegrams to the king on Sunday, asking to remove the regulations. And Monday, one woman delivered a petition with more than 14,000 signatures to the royal palace.

The current guardianship system basically treats women as legal minors. They must obtain permission from a guardian to marry, travel outside the country and study abroad — and those are just a few of the restrictions.

Saudi Arabia's guardianship rule was originally based on one interpretation of a Quranic verse that states guardians should protect and care for their women. Women's default guardians are their fathers until they marry, at which time the guardianship passes to their husband.

While the Saudi government has not yet responded to the women's request, the Islamic country's most senior cleric recently said pleas to end the system are "a crime against the religion of Islam" and present "an existential threat to Saudi society."

However, the government has stated twice that it was committed to removing the guardianship system, most recently in 2013, according to Human Rights Watch. So far, nothing has happened.

From the outside, it seems like life for Saudi women has improved overall recently. Women were able to participate in municipal elections for the first time last year and now make up the majority of university students. But these positive changes can also make the imbalance even more obvious.