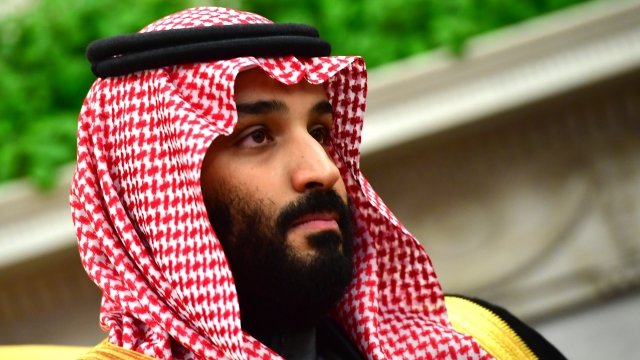 By Briana Koeneman
October 24, 2018
During a speech Wednesday, Mohammed bin Salman said Saudi Arabia is working with the Turkish government in the investigation into Khashoggi's death.

"The crime was really painful to all Saudis. And I believe it is painful to every human in the world. It is a heinous crime that cannot be justified," bin Salman said.

During his speech at the Future Investment Initiative conference in Riyadh, bin Salman said Saudi Arabia is working with the Turkish government in the investigation into Khashoggi's death.

As Newsy previously reported, Saudi Arabia claims Khashoggi died during a fight inside the country's consulate in Istanbul, after an interrogation gone wrong. But that explanation is highly suspect. Turkey insists Saudi Arabia planned his murder, calling it "savage."

The crown prince's comments came the same day Turkish authorities got permission to search a well inside the Saudi consulate as part of their investigation into Khashoggi's death.