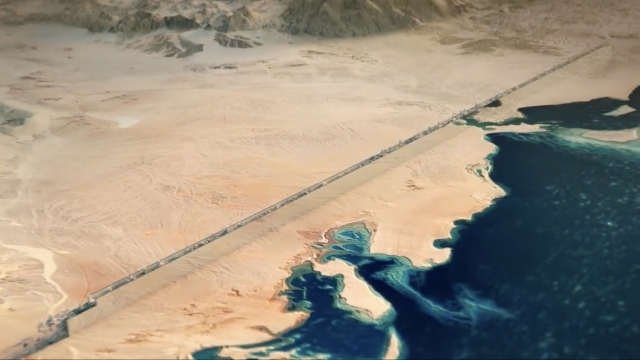 At first glance, it looks like the start of a futuristic dystopian movie, set on a far-off planet. But these are the plans for a state-of-the-art linear city, right here on earth.

It's called "The Line," and the architectural vision behind it is fantastical.

Two mirrored skyscrapers, stretching more than a hundred miles across the desert, will provide homes for nine million people.

The project, which was first announced in 2017 by the Saudi Arabian government, is a massive project, that is being sold as a carbon-neutral habitat, with near-total sustainability and a regulated climate.Inside, a design for everything at your fingertips, and/or a short walk.

No roads, no cars, or emissions.

But will this linear city actually work? Dr. Colin Ellard, who specializes in architectural and urban design, joins Newsy to give us some insight on the infrastructure this city would need to excel.