Saudi Arabia Opens Its Doors To Tourists From 49 Countries 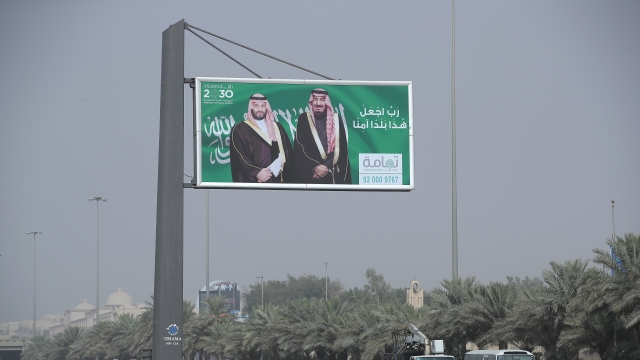 SMS
Saudi Arabia Opens Its Doors To Tourists From 49 Countries
By Adam Elrashidi
By Adam Elrashidi
September 27, 2019
The conservative kingdom will allow tourism from 49 countries, including the U.S. and China.
SHOW TRANSCRIPT

Saudi Arabia is opening its doors to the world — well, a quarter of it, anyway. On Friday, the kingdom announced a new visa program that will allow tourism from 49 countries, including the U.S., France and China.

Visas were previously restricted to expatriates, business people and Muslim pilgrims traveling to the holy cities of Mecca and Medina. Access to those two cities will remain restricted, but the government will reportedly relax its dress codes for women tourists, including at public beaches.

The visa plan is part of Saudi efforts to boost foreign investment and reduce the economy's reliance on oil.

It's also part of de facto ruler Crown Prince Mohammed bin Salman's agenda to change perceptions about the conservative kingdom. In recent years, Salman has initiated social reforms to "modernize" the country, but his image has been damaged by scandal and the impact of Saudi Arabia's brutal war in Yemen.

The crown prince launched a media campaign last year to highlight his ambitions, telling CBS News that despite its shortcomings, "Saudi Arabia believes in many of the principles of human rights."

But those statements came under intense scrutiny following the murder of Washington Post journalist Jamal Khashoggi in Turkey in October 2018. The Saudi government has denied that Salman had any role in the killing, but in a PBS interview set to air next month, the crown prince reportedly took responsibility "because it happened under [his] watch."

Still, the kingdom undoubtedly hopes these issues don't deter visitors. Speaking to Reuters, tourism chief Ahmed al-Khateeb said: "We have a great culture where many, many tourists would love to come and explore this culture and learn more about it and see it and experience it."