Sanders Says Trump Believes He Has Power To Fire Mueller. He Doesn't 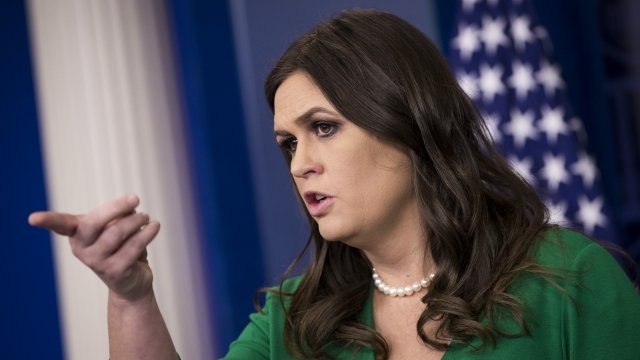 SMS
Sanders Says Trump Believes He Has Power To Fire Mueller. He Doesn't
By James Packard
By James Packard
April 10, 2018
The White House says it's been advised President Donald Trump can fire special counsel Robert Mueller. But only the deputy attorney general can.
SHOW TRANSCRIPT

"He certainly believes he has the power to do so," Sanders said of the president.

"Again, we've been advised that the president certainly has the power to make that decision," Sanders responded. "I can’t go anything beyond that."

It's true that only Deputy Attorney General Rod Rosenstein can fire Mueller. Trump can, however, fire Rosenstein. 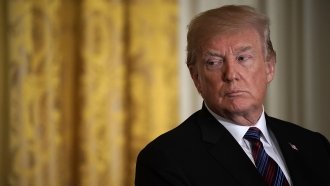 "What about Rod Rosenstein?" Fox News' John Roberts asked. "What's the president's thinking about Rosenstein, in terms of his tenure at the Department of Justice? He did not appear to be very happy with him last night."

"Certainly the president has voiced his frustrations, but beyond that, I don’t have anything else," Sanders said.

So would the president actually move to get Mueller fired?

"The president was asked this question directly last night, and I'd refer you back to his comments," Sanders said Tuesday.

Those comments she's talking about? Take a listen.

"Why don't I just fire Mueller?" President Trump said. "Well, I think it's a disgrace what's going on. We'll see what happens. But I think it's really a sad situation when you look at what happened there. Many people have said, 'You should fire him.' Again, they found nothing."