Sanders To Meet With 2016 Staffers Who Say They Were Mistreated 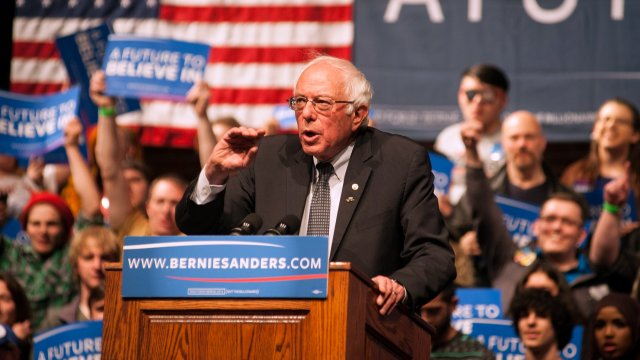 SMS
Sanders To Meet With 2016 Staffers Who Say They Were Mistreated
By Katherine Biek
By Katherine Biek
January 16, 2019
Multiple female staffers have claimed the campaign never adequately addressed their complaints about sexual harassment or pay disparity.
SHOW TRANSCRIPT

Sen. Bernie Sanders is scheduled to meet Wednesday with former female staffers who claim they were sexually harassed and discriminated against while working on his 2016 presidential campaign.

Shortly after, The New York Times detailed claims from several women who worked on Sanders' campaign. They allege the campaign never adequately addressed their complaints about sexual harassment, mistreatment or pay gaps between the male and female employees.

Sanders' campaign committee did not dispute the allegations to the Times, saying HR actions taken to address such complaints in 2016 included conducting a review to fix any pay disparities. It also noted new harassment protocols were implemented for Sanders' 2018 Senate re-election campaign.

Sanders previously said he wasn't aware of the allegations during his 2016 campaign. He's twice apologized publicly for the "unacceptable behavior" the women say they experienced.

Sanders has previously said he's considering running for president in 2020. He told CNN that if he does choose to do so, his campaign would do better to address such allegations.