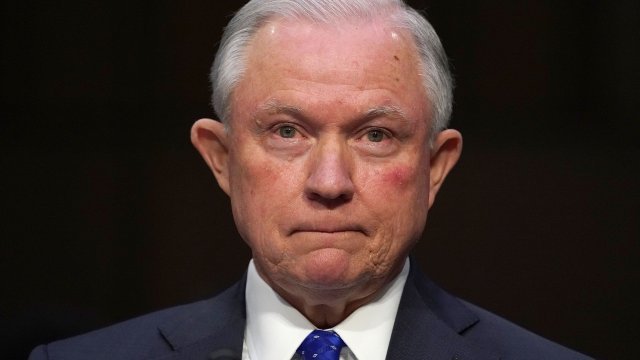 Sessions said last year he was getting rid of guidance that was "unnecessary, inconsistent with existing law, or otherwise improper."

San Francisco City Attorney Dennis Herrera said the Trump administration is "trying to gut protections for the poor, people of color and people with disabilities under the guise of regulatory reform."

This isn't Sessions' first time in hot water when it comes to discrimination issues.

He was denied a federal judgeship in the mid-80s after he allegedly used a racial slur and was accused by the late Coretta Scott King of intimidating black voters. Sessions denies those claims.

The lawsuit says the Justice Department should have asked for public comment before repealing the guidelines.