Sam Nunberg Might Cooperate With Mueller's Team After All 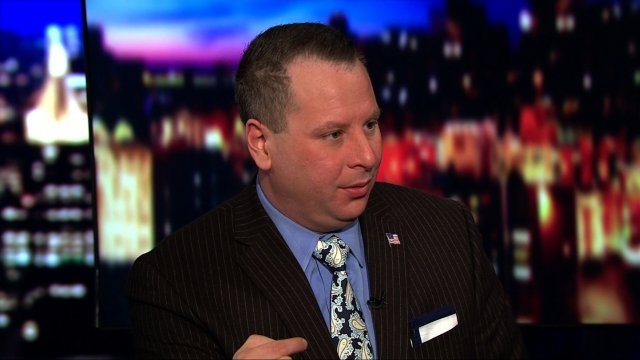 SMS
Sam Nunberg Might Cooperate With Mueller's Team After All
By Ethan Weston
By Ethan Weston
March 5, 2018
He spent most of Monday telling media outlets he wouldn't.
SHOW TRANSCRIPT

Sam Nunberg, a former aide to Donald Trump, has been subpoenaed by special counsel Robert Mueller to appear before a grand jury, and he spent much of Monday telling the media — on-air and off — he wasn't going to comply.

"They want me over at the grand jury — screw that. Why do I have to go? Why? So what?" Nunberg said in a phone call with CNN. 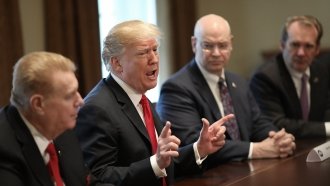 Mueller Reportedly Wants Documents On Trump And His Advisers

"This is so ridiculous. I'm not going to give them every email I had with Steve Bannon and Roger Stone," Nunberg told Ari Melber on MSNBC.

"I started going over my emails, and I said, 'This is ridiculous.' Why do I have to hand over all of my emails to a federal investigator?" Nunberg asked CNN's Erin Burnett.

But after all that, Nunberg told AP News he'd probably cooperate with Mueller's investigation after all — he just wishes the special counsel would narrow the scope of his subpoena.

In addition to appearing before a grand jury, the subpoena also asks that Nunberg hand over communications between him and a number of members of the Trump campaign, including the president himself.

Nunberg worked for Trump from 2011 to 2015. He was fired from the Trump campaign after Business Insider published a story about racially charged Facebook posts he had made.