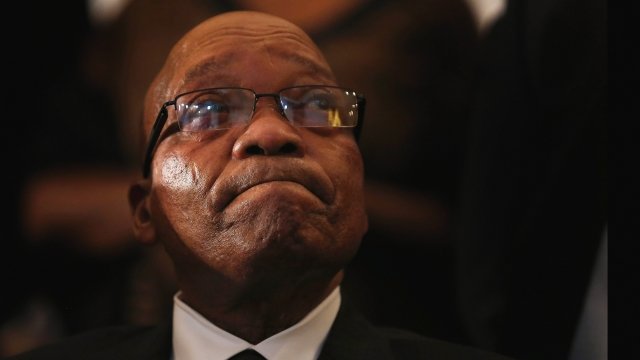 Shaun Abrahams said during a news conference Friday, "I am of the view that there are reasonable prospects of successful prosecution of Mr. Zuma on the charges listed in the indictment."

Zuma faces 16 corruption charges stemming from a government arms deal made in 1999.

The charges were eventually dropped by the National Prosecuting Authority before he ran for president in 2009.

But the scandal never fully went away. And in 2016, South Africa's courts ruled Zuma should face those dropped charges after all.

The country's governing African National Congress pushed Zuma out of office last month. He has repeatedly denied the allegations against him.